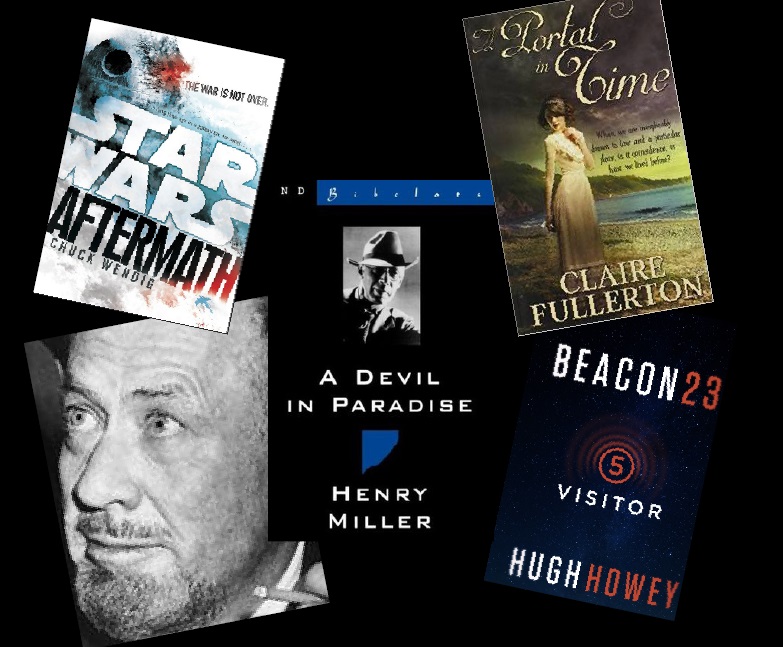 Less than one book a month; that was all I could muster in ’15. I very nearly cleared twelve, so I was close. Had I finished that bad ass Six Million Dollar Man book I would have made it to one book a month, but alas. In 2015 I read eleven books, ranging from Mack Bolan Executioner novels to the California Naturalist Handbook. The Whitehurst’s Top 5 Reads of 2015, however, show a bit of appreciation for only two categories: Science Fiction and Fantasy, and two Monterey icons: Steinbeck and Miller.

A Portal in Time by Claire Fullerton

There’s a slight theme to my top five picks this year. Many of them take place in, or mention, areas in Monterey County along the California coast. Fullerton’s romantic time travel story feeds into my love of science fiction and fantasy and is set in the charming city of Carmel-by-the-Sea. The novel tells the story of Anna and Valeria (two women from different points in time) and how they came to fall in love with the respective men in their lives. You’ll have to read it for the time portal part!

Check out the book here.

A Devil in Paradise by Henry Miller

There’s nothing like a little Henry Miller to brighten one’s day. A Devil in Paradise focuses on one of Miller’s more colorful buds, who comes to visit the Miller family in lush Big Sur, and ends up being something of a massive pain in the ass. Such fun to read, likely because I can picture the area so well in my head, but also because I love the idea of living in seclusion, and furiously eschewing company in the process. As always, it takes a warmed-up “reading engine” to get the tempo of Miller’s style, but it’s always worth it.

Check out the book here.

The Battle of Endor is over, Darth Vader is cooked into a molten pile, and the world hates/loves Ewoks, but the Empire hasn’t gone away completely. The year 2015 will go down as a big one for Star Wars fans thanks to the Force Awakens (part of the reason for Aftermath’s release in the literary world no doubt). Wendig’s novel follows Wedge Antilles and other side characters from Star Wars canon on an exciting adventure of their own. For non-readers of Science Fiction, this is a simple-to-get Star Wars book. For Science Fiction fans; it’s a great addition to the universe of Jedi Knights, Wookies and people who have “a bad feeling about this.” Wendig writes in a nonchalant, almost humorous style. His Twitter feed, something I rarely read, actually led me to look past the negative reviews of his book and make my own decision – something I am glad I did. He’s a funny dude.

This book was originally released in serial format. Five separate chapters popped up one after another – all forming a quirky, offbeat story of a man stationed to a lonely outpost in space named (you guessed it) Beacon 23. One thing after another happens to this station keeper, some quite funny (the rock!), and very funny (I can’t remember the last time I laughed out loud while reading). Recommended for anyone who likes Science Fiction that spends a lot of time in someone’s head. 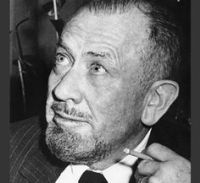 This work counts as the shortest read in the bunch, but full of color. The book, edited by Susan Shillinglaw, offers views of literary icon John Steinbeck and Monterey, from writers of all flavors. Contributors include Peter Benchley, Mary Higgins Clark, Harper Lee, Ursula K. Le Guin, Norman Mailer and Tom Robbins just to name a few. Even if you hate J.S., read the book to see what these other fine writers thought. Some of them might have hated him too.

More information on the book can be found here.